All I Know Are Sad Songs. 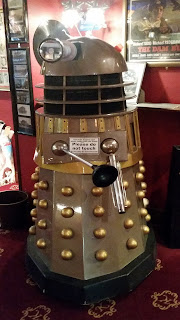 There's no doubt I'm rusty. I've hardly played my guitar for the past few years. I'm not really sure why as I love making music. Time, other plans, life. The truth is I would make the time if I really wanted to.

And this is exactly what's happened. My local pub has a weekly open mike evening and I attend quite often. The musicians are mostly regulars of varying styles and abilities, with the occasional newcomer or irregular visitor. Some are good, some need more practice, but they all love the music. I always enjoy the evening.

I haven't been game to jump behind the mike, mostly because I am so rusty. But they have inspired me to drag out my guitar and play more often. Actually, I practice about an hour a day at the moment, and it's coming back to me. My fingertips are hardening, my fingers are moving more freely, and the old skills are returning.

There is only one thing that concerns me. Much of the evening consists of 50s rock and 60s pop. Happy, jangly tunes. The songs I would play are sadder alt-country. I'm not sure if I want to be seen as a downer playing songs they don't know.

Posted by Steve Cameron at 9:12 PM No comments: 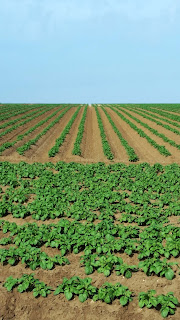 Continuum 13, an annual sci-fi convention, was held in Melbourne over the weekend. Obviously, having moved to the UK last year, I wasn't able to attend. It felt a little weird missing it as I have attended every year since Continuum 5.

From all accounts it was a great convention. Well organised and attended, with interesting panels and workshops. I'm really pleased by this, as I must confess that over the past few years I haven't gotten as much out of the convention as I would have liked. There has been a gradual shift in the focus from the science fiction I like towards pop culture, most of which I have little time for.

Now this is where I am in danger of being misread. I really need to emphasise I'm writing here about my tastes, my preferences, the things I enjoy. Give me old school sci-fi and fantasy any day. I'm not big into superheroes, anime or most other pop culture. I found fewer panels and sessions I was interested in attending each year. Fewer spaceships and robots, and more people with capes. Fewer discussions on classic books and more on TV shows and superhero films. And I'm just not interested in them. Honestly, I couldn't tell you your Magneto from your Brian Mannix.

Over the past few years there have been panels where I struggled to see any connection to SF, fantasy or horror at all. But that's fine. It doesn't matter. The convention isn't solely about me. It's about fandom, and what they want.

You see, if I had my way rock bands with guitars would rule the Top 40, science fiction films would be more like Arrival than X-Men, and reading would be compulsory for everyone. Conventions would have more panels on classic books alongside the newer ones.

But, as I said, it's not about me. There are lots of things that generally don't excite me at the moment. I've already mentioned superhero films. Let's add to that the current trend in retelling fairy tales, urban fantasy, and more vampires. Maybe I am getting older, but like the music I like, I know what types of fiction I like.

If we stick with the music comparison, you'll soon realise I don't have to like it. There are plenty of alternatives for me. And if I dig around I can find plenty of new bands I do like. I don't want to buy a Beyonce album. She doesn't speak to me, and the music leaves me cold. But there are plenty out there who love her music. Me, I'd rather buy the new Roger Waters album.

Yes, I do read new SF books. I have to be a little more discerning in my hunt for them as they're usually not the same books that appeal to my friends. I've tried many of those, and I often find them underwhelming. Taste, again, I suppose.

We all don't have to like everything. Or even the same things. There's room for us all in the good ship 'fandom.' But remember, I don't deserve name-calling or abuse because my interests and tastes lie elsewhere.

Having said that, I've been quite excited about the impending release of Wonder Woman. And I wasn't disappointed. I thought it was fantastic.

You never know. Maybe someday someone will play me a Beyonce track that I actually like.
Posted by Steve Cameron at 7:59 PM No comments: