After a long drought on the 'seeing results from my writing' front, I've had an excellent time recently at Chateau Cameron. The best time in writing I've had in more than six months.

A couple of personal rejections from some big target markets.

I was shortlisted for a Ditmar award - Best New Talent. My second year running.

The forthcoming 'After Death' anthology was reviewed in Publishers Weekly, and my story (I Was The Walrus) was one of those mentioned by name.

I sold a story to Andromeda Spaceways Inflight Magazine. Another market I've been chasing for a few years.

And to top it all off, I received my copy of Thoraiya Dyer's new 12th Planet collection, Asymmetry.

As I said, an excellent time.
Posted by Steve Cameron at 9:11 AM 2 comments: 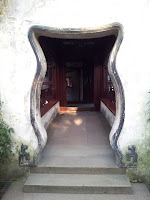 I had a pretty good year last year.  I sold half a dozen stories and earned some positive reviews. And so, for the second year in a row, I've been shortlisted for a Ditmar Award - Best New Talent.

Last year it was won by Jo Anderton, deservedly so. This year I'm up against other worthy writers, including my good friend David McDonald. (I also need to congratulate David on a total of four nominations)

Congratulations to all the nominees. Voting is open, and can be found here.

You don't know me, but do you miss me?

Two weeks ago I was blocked from Facebook. There was a notice about someone who had hacked into my account, or you thought I might not be who I was purporting to be, or someone had complained about my posts, or something. I'm not really sure because it was all very vague. But I received an email (and a message when I tried to log in) informing me that if I verified my identity it could all be sorted out rather quickly and you would welcome me back into the fold. All I had to do was submit a copy of a government document (a licence, passport or similar) and we'd still be friends.

Now, I'm not stupid and I know the hallmarks of a scam when I see one. I did my research. I checked around, tried to sign in on a second computer with a different IP - all that stuff - but it seemed as though this was legitimate and that a very large number of people had faced the same situation.  I did as I was asked. I scanned an official document, blocked out the extra details as advised and submitted it. I then received an email informing me that my submission would be looked at shortly and I would soon receive a response. I'd seen on a number of forums that others in this situation had been unblocked within a few hours.

I didn't receive a response. At all.

When I tried to log in to Facebook I was informed that my submission had been received and someone would get back to me. As of now that still hasn't happened.

At first I wasn't overly concerned as I flew to China on business the next day and as we all know Facebook is blocked there anyway. So even if I had been able to log on I wouldn't have been able to - if you understand me. But I'm home now and I still haven't received a response. And when I try to log on I'm told you'll still  be getting back to me soon.

I sent an enquiry email yesterday morning and I actually received a quick response informing me that nothing could be done until I submitted the documents via email. (Even though Facebook continues to tell me I have already done so) Being a peacemaker, an all round nice guy and a generally calm kind of person, I simply resubmitted them.  A few hours later I realised I'd accidentally blacked out one of the sections you'd asked to see, so I submitted it again.

This morning I wondered whether you wouldn't accept them by email or maybe the address I received was an automated one. So I've now re-subbed them through the Facebook online form.

I've been blocked for over two weeks now for a reason that is extremely vague and unclear.  I promise you I am who I am. The email address registered with you includes my name. You can check this blog page, you can buy a book with my stories, you can enquire with my principal at my school web-page, you can follow the blog for the China study tour (complete with names and photos), you can check out my membership pages at places like AHWA, HWA and so on. You can ask my friends, you can ask my parents, or you can ask my wife.

Heck, if you're a bit short this week I'll even send you one of my books. Free!

Was I naughty? I'm a professional teacher who recognises that students see my posts whether my page is private or not. I won't even share a pic if the originating group has a swear word in its title. I don't post rude, racist, sexist or political comments. I don't share nude or rude pictures.

Can you please forgive me? Or at least unblock me. 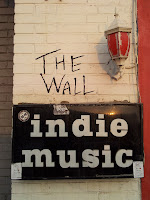 Eric J. Guignard, the editor of the forthcoming After Death, sent me a link to a review in Publishers Weekly.

I'm thrilled to have had my story, I Was The Walrus, as one of those mentioned by name in a positive review.

"This anthology addresses one of the most basic questions of human existence: what happens when we die? The answers come in the form of 34 stories that explore diverse notions of ghosts (Edward M. Erdelac’s “Sea of Dreams”) and demons (William Meikle’s “Be Quiet at the Back”), trapped souls (Steve Cameron’s “I Was the Walrus”), mishaps in resurrection (Lisa Morton’s “The Resurrection Policy”), and unbearable eternities (David Tallerman’s “Prisoner of Peace”). The newly deceased protagonists may be confused, angry, resigned, or unaware that they are dead, so even those vignettes with more exposition than plot convey a sense of personal discovery (if perhaps of the hopeless kind). Though the majority of the pieces come from the darker side of the genre, a solid minority are playful, clever, or full of wonder. This makes for good variety but a bit of emotional whiplash, somewhat mitigated by Guignard’s clever introductions and Audra Phillips’s portraitlike illustrations. This strong and well-themed anthology is sure to make readers contemplative even while it creates nightmares."
Posted by Steve Cameron at 8:10 AM 2 comments: 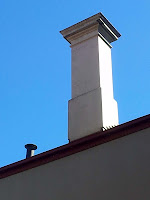 The veggie patch has served us well this summer, although the tomato plants are just about dead.  With the long run of hot weather we've recently had in Melbourne I'm surprised they held out as long as they have.  The leaves are now fried and the tomatoes are pretty much done. Still, it seems as though we harvested more tomatoes than many of our friends.

The pumpkins, zucchinis and eggplant are running amok and our fridge is filled.

And so in a month or two we'll try planting some winter veggies for the first time. If the weather stays cool enough, that is.
Posted by Steve Cameron at 9:00 PM No comments:

It's only a matter of weeks until After Death is released.  This is an exciting anthology and I'm extremely thrilled and proud of the inclusion of my story, I Was The Walrus.

Eric J. Guignard, the editor, has recently been shortlisted for a Bram Stoker award for his work on a previous anthology, which featured a story from my good friend Gitte Christensen. Dark Tales Of Lost Civilizations has deservedly garnered great reviews and I suspect After Death will only add to Eric's reputation.

Keep an eye out for its release in late March/early April. 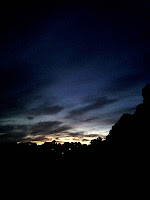 Maybe I'm just naive, but sometimes I find it difficult to comprehend why some people treat others with little respect.

A couple of minor incidents recently where I haven't been shown any respect. Surely we should do unto others....

A quick question, though.  If you waste my time, mess me around and exploit my energy, do you really think I'd be prepared to offer assistance in the future? Do you really consider me to be that stupid?
Posted by Steve Cameron at 7:00 PM No comments:

Have you signed up yet?

Continuum is an annual Melbourne speculative fiction and pop culture fan convention celebrating creativity across genre and media. From hard-edge science fiction to high-flown fantasy, comic books to film noir, high culture to sub-culture… we sink our teeth into it all!

Continuum is run on a not-for-profit basis and all revenue goes towards venue and equipment hire, transport and accommodation for our guests, and other convention specific expenses. The Continuum conventions are supported by the Continuum Foundation and we are grateful for their support.

Our guests of honour this year are Waris Hussein and N.K. Jemisin. Supporting them will be a wide range of other speakers and panellists in a fabulous line up of panels, presentations and special events.

To contact the convention committee, please email info@continuum.org.au. They’ll make sure your query gets to the right person!

(And yes, I stole this from their website. It's ok, though - I'm on the committee.)
Posted by Steve Cameron at 3:41 AM No comments: 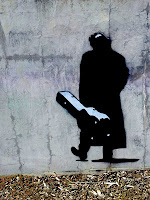 I've heard a few people recently complain about these awards. About how they have little value because our pool of writers in Victoria and Australia is too small, about how not enough people vote, and about how blocs of friends voting for friends can unduly influence winning.

While there is some truth in these arguments, and the awards system is not perfect, I truly believe having these awards is vital. And actively encouraging people to vote for them is one way to improve their reputation and legitimacy.

I was fortunate enough to be nominated for both a Ditmar (Best New Talent) and a Chronos (short story) last year. I didn't win either, but it meant a great deal simply to be shortlisted.

A couple of years ago I made the decision not to tout myself for any awards. Not to push, cajole, beg or repeatedly mention my eligibility. I decided I would simply state this once, and then let my work speak for itself.

So this is me, mentioning my work. And, if you believe I'm worthy, I would appreciate your support. I'm eligible for Best New Talent in the Ditmars, and for Short Story in the Chronos. (Particularly for my story, Fireflies)

Thanks.
Posted by Steve Cameron at 11:59 PM No comments: