I Absolutely Love Teaching, However... 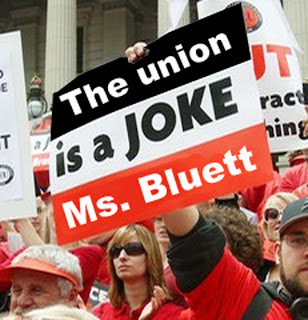 When I'm around other teachers, and they are deep in pedagogical discussion, throwing educational theories back and forth, tossing current educational buzzwords (like pedagogical) into conversation in the same way I would use 'cool', I feel like I'm not a real teacher. I feel like a fake, someone who somehow managed to rise to be among people with whom I don't belong or fit in.

I saw School of Rock on the weekend - that film where Jack Black pretends to be a teacher to get some extra bucks. There is a scene where the real teachers ask him a question about learning theories or something, and he ends up quoting song lyrics back at them.

I know a few teachers who race off to every Professional Development session they can, that read all the current journals, that belong to societies and professional organisations, and sometimes want to sit and have conversations with me about teaching practices. It seems to me that a lot of these 'new' teaching ideas are simply 'old' ones repackaged.

I'm not against ongoing training, but most of the PDs teachers go to are a complete waste of time - apart from the ubiquitous muffins and coffee. Most of us only do them in order to clock up the required hours.

I'm reminded of the story where Dustin Hoffman deprived himself of sleep for two days in order to appear exhausted in a particular scene. Apparently Lawrence Olivier suggested that he 'try acting .... It's much easier!" Sometimes I think some of these teachers should just go into the classroom and simply try teaching instead.

The teacher's union, The Australian Education Union (AEU), recently concluded 18 months negotiations with the government over pay. The union opened at 30%, the government opened at 3.25%. After 18 months they settled somewhere around 3.5%, the union gave up three non-teaching days, and third year teachers will earn the same next year as a first year teacher.

We were asked to vote on this without actually seeing the details of the deal, and most people were just so fed up they agreed to it without arguing.

We knew it was a bad deal when the government announced they were happy...

A few years ago, in another deal to worsen teacher's conditions, our union helped create the The Victorian Institute of Teaching (VIT), a professional overseer that regulates and promotes teaching. Whilst most sane people would argue that it is the role of our employer (the government) or our regulators (the government) to ensure that all teachers are qualified and maintaining professional standards, our union decided we needed another organisation that we have to pay for.

That's right, in order to be allowed to teach every year, I must pay. And then when the government declare every couple of years they need police checks to ensure I'm not going to attack students, I have to pay.

On top of this, they have now decided that I must do twenty hours of professional development training every year. The school budget allows for minimal reimbursement for this, yet the prices of professional training, seminars, workshops and so on are ridiculously high.

If this ongoing training is so vital, surely my employer should pay for it. Can you imagine an office employee being told she needs to undertake further training every year and that much of it needs to be undertaken in her own time and she needs to pay for it herself?

Or that now she is employed she needs to purchase her own computer to use at work, her own pens, her own notebooks and folders and so on.

That's the reality for teachers. We buy our own whiteboard markers, notebooks and folders. We lease our own computers (which we are told we must have), we pay for our own ongoing training (often workshops for the sake of just doing them), and we have a union that actively works against us in improving our conditions.

And the government still wonders why they are having trouble luring the brightest and best into teaching.